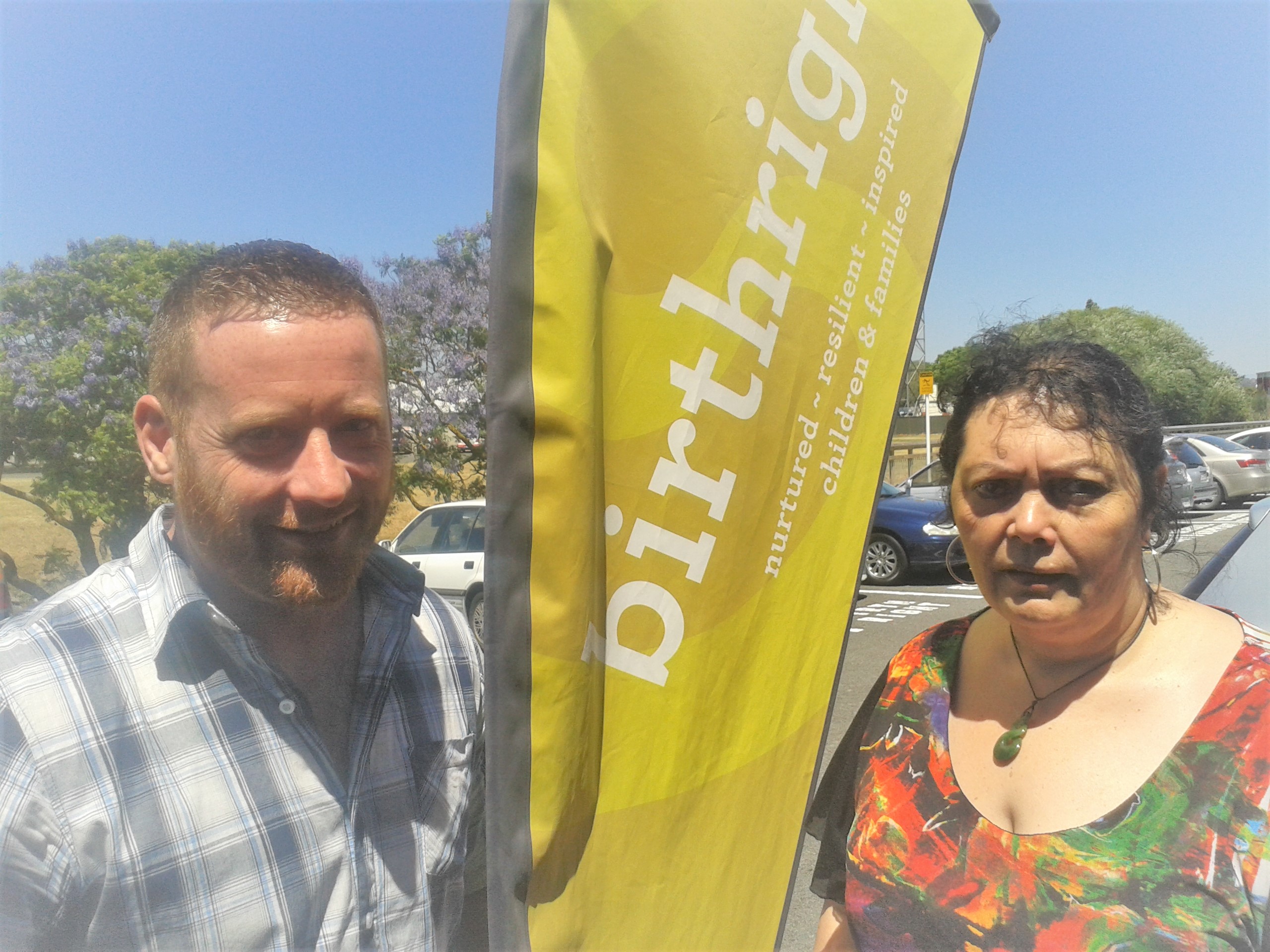 When Mark O’Rourke was going through a difficult separation in 2010, the last thing he felt like attending was a Parenting through Separation (PTS) programme through Birthright.

“I felt at that stage that the Family Court system was a little bit gender biased and that I just kept banging my head against a brick wall.

“So, I was quite hesitant about doing the two-night course – but my whole perception of everything changed after that.”

Mark says one of the key factors that changed his attitude was meeting Birthright social worker and course facilitator Megan Morton.

“She treated me like a human being. She was fantastic.”

After his initial reluctance, Mark ended up finding the Parenting through Separation course so helpful that he chose to do it twice, and even encouraged his mother to do it too as she had so much to do with her granddaughter’s handovers with Mark’s child’s mother. Later, when it became compulsory through the Family Court system, Mark’s child’s mother also attended the course.

“There were times prior to PTS and before I gained more knowledge that I thought I was acting in my daughter’s best interest, but I was only acting in mine,” Mark admits.

“Rather than being so bitter, I went through a process of thinking about how I could help others. I started with some guys who were going through what I had been through, but I soon realised that without some form of training I was sometimes doing more damage than good.”

It was Megan, a Birthright Social Worker, who encouraged Mark to study to become a qualified social worker.

“Every now and then you have one of those people who just stands out and you think, ‘wow – you are a real people person, you’ve got the ability. Mark was able to bring out the best in people, you could see people relaxed with him."

“He’s got an exceptional strength and a great sense of humour. He’s got the depth, he’s a good listener, and he’s a friendly person – all those qualities that are vital in social work – and I remember saying to Mark there is an opportunity for you to do something like this, you just have a natural talent.”

Mark thought very long and hard about whether he could manage a three-year bachelor degree on top of single parenting and work commitments.

“I had gone to school to eat my lunch, chase girls and play sport, so I wasn’t sure how to go about studying! I began by gaining a Certificate in Education and Social Sciences, which is a 6-month course that gave me entry into the bachelor’s degree at EIT. I then managed to finish my final 70-day placement at Birthright.”

Megan says she kept in touch with Mark during the years he was studying and managing co-parenting.

“And then, lo and behold, one day he came back to Birthright as a student placement. It was a great opportunity to see how he’d really turned into what I had anticipated he would be, which is a great social worker; someone with a natural flair for facilitation who is passionate about helping other dads.”

Mark’s evolution from Birthright client to volunteer to social worker is an incredible achievement. As Mark says, “Six years ago, I was participating in the course and now I am facilitating it!”

“Last year we also piloted a dads’ group at Birthright Hawke's Bay that I helped to create. I always thought there was a huge hole for dads and men who, whether intentionally or unintentionally, have been alienated from social services. The hardest thing is getting them engaged.”

The pilot parenting programme – for men, run by men – has now become a 7-week course based at Birthright in Napier.

“People appreciate when someone has been there and can say, ‘hey, I can relate to where you are coming from. Everybody’s situation is completely different so I am not going to sit here and judge, but I am going to tell you there could be a better way or there are other options, because often when you are living it you think there is only one.’”

Megan says it’s an absolute pleasure to see him out there working with families – and to watch how families warm to him really quickly.

“I think one of the key parts of being a social worker is to recognise the potential in people and help them believe in themselves because that was the only thing stopping Mark from achieving what he’s achieved now – someone to reinforce that he already had all that it takes and more."

Mark says there is a huge need for an organisation like Birthright. “We offer a strengths-based, wrap-around service.  I think it’s fantastic that we are supporting people in so many different ways and have such a good relationship with the community. As Birthright social workers, we are only as good as the last thing we did, so we try to do everything correctly.”

He adds, “I am doing as much as I can to support the dads because children are my passion, and if we support dads, then we are ultimately supporting the children.”