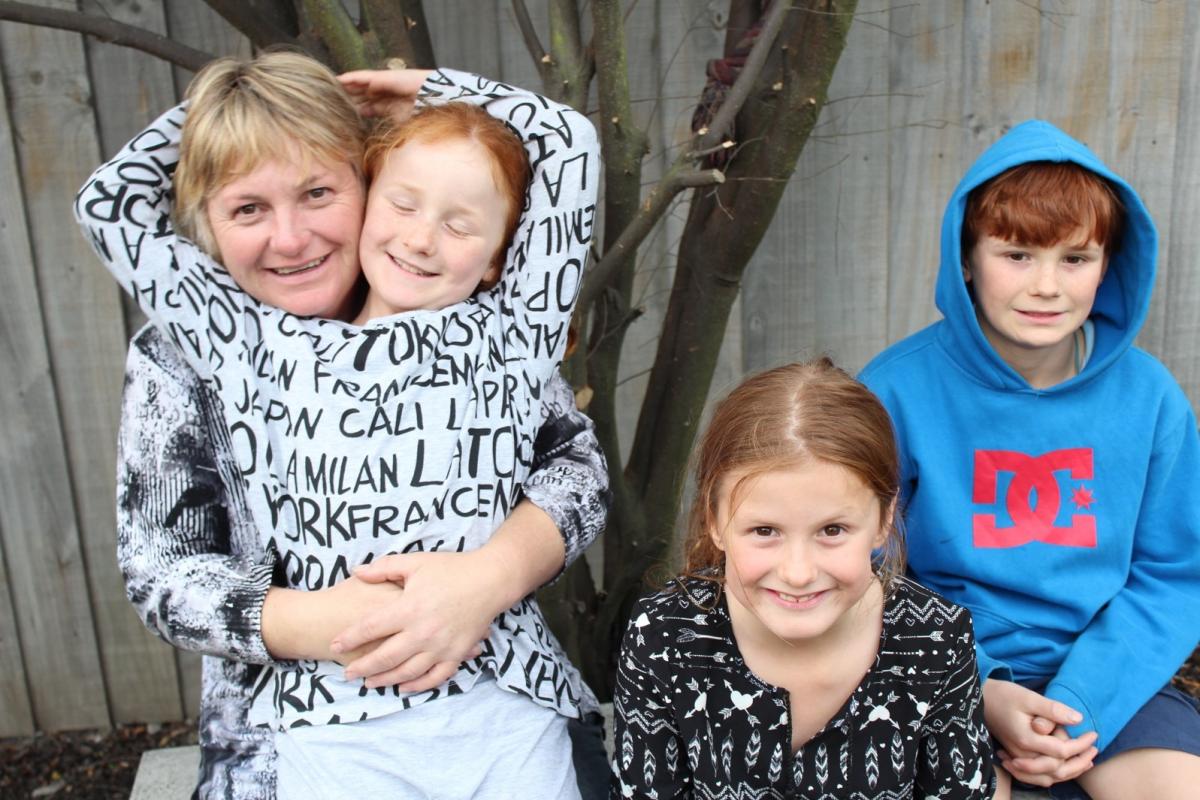 Pip moved her family from Ashburton to Christchurch a little more than two years ago. To say her life was difficult back then would be an understatement.

Having recently separated from her husband, Pip had quickly become a single parent to three children – twin girls, whom had not yet started school, and her son. She was also struggling to cope with health issues in her wider family, poor living conditions and a feeling of complete isolation from the life she once knew. “It was a really tough time. When I think back, I was depressed.”

Pip credits Birthright Canterbury with helping her through this dark period in her life. Having transferred from Birthright Ashburton when she moved, Pip says she received invaluable support from Birthright Christchurch, in particular from field worker Angela. Regular visits from Angela became something that Pip and her family cherished.

“Those visits were great, especially in the beginning, because I didn’t really know many people up here … I felt quite far away from everybody. Our first house here in Christchurch was so damp and cold … Angela came around with blankets. And when I needed a lift to the hospital and someone to hold my hand, it was Angela who I could rely on to be there for me. Angela’s been through so much with me, she’s pretty much family.”

The resources Angela was able to access for Pip assisted the family to build a happy, sustainable life in Christchurch.

Birthright Parenting Courses provided Pip with the knowledge and skills to help her manage her new role of mother/father. She was supported in finding schools and purchasing uniforms for her children. Angela even contacted ‘Big Brothers Big Sisters’ to organise a male mentor for her son. It’s still something that he looks forward to every week.

“Birthright has not only brought my family closer together but for me, as a single mother in a new city, they provided an opportunity for me to make friends with people in the same situation. I’m part of a community now.”

With the help of Birthright, Pip’s life is back on track. She now has a fulltime job that she loves - working as a Teacher Aide for children with special needs. Her children are settled at home and doing well at school. Pip says, “I’m in a much better place now. I’m so lucky to have had Birthright support me. I can see there are so many other families that need it too.”