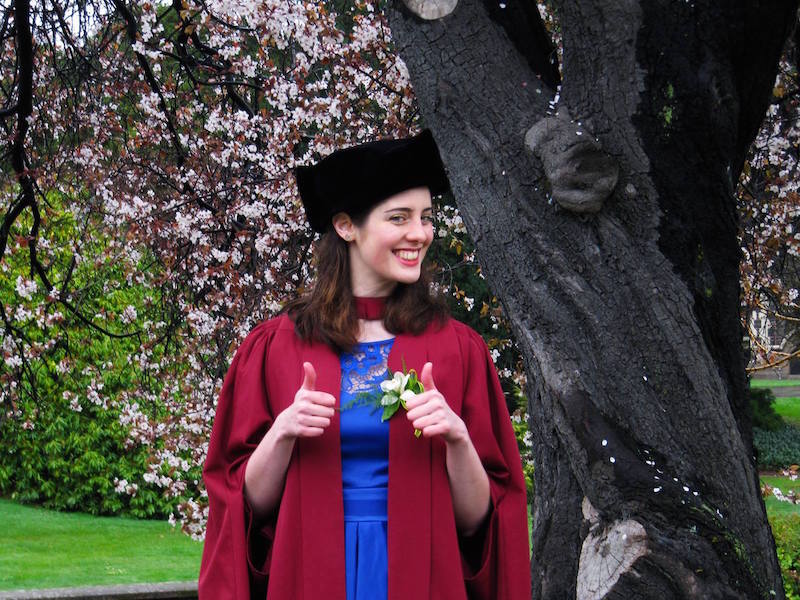 Dr Mary Gray is a scientist that devoted her twenties to unearthing maverick genes in rare genetic conditions. In fact, the former Birthright client starting making a name for herself back in her student days at the University of Otago, where after only four months working on her first research project, became part of a team that were the first to determine the gene responsible for the genetic condition cutis laxia.

Following that impressive feat Mary worked with Dr David Markie and Professor Stephen Robertson on gene hunting projects while completing her Doctor of Philosophy in Medicine.

Through her work Mary has spent time working in Germany. She now resides in Australia and now works as a Research Management Officer at the Australian National University.

“I have only just started the role, helping researchers gain funding, but working in research is something I really enjoy and feel I can make a difference.”

Although Mary continues to add to her already impressive portfolio of work, getting there hasn’t always been easy, but if she could offer any advice it would be to have dreams and make them happen.

“My parents separated when I was four, and there was never very much money to pay for school, food - and of course the bills. Luckily for me I did have a mother who believed in the importance of an education. She had the philosophy that education is the only way out of ‘the poverty trap.’ She didn’t drink, smoke or go out with her friends, she sometimes went without food; she was determined that we wouldn’t have a life like hers.”

“My mother also sought help from Birthright Foxton, during particularly bad times when we couldn’t afford groceries or clothes. When I made the decision to study at Otago I was awarded funding from the JR McKenzie Trust Scholarship which is administered through Birthright. Receiving this scholarship was a great help to get me there.”

Another thing that helps Mary achieve her goals is being a bit selfish – but not in the traditional sense of the word.

“I don’t mean in a nasty way, but if you want to get anywhere you cannot be waiting for a helping hand – you have to take responsibility and ask for help. You also cannot fret about the people you may leave behind. Ultimately, if you can get yourself into a good position in life you can do so much more to help out the people you care about in the long-term.”