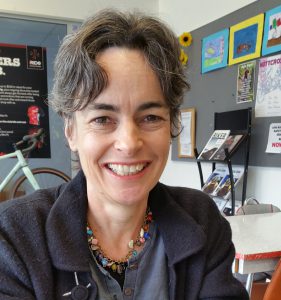 Community Scoop article: What makes a good life for a young person?

Birthright focuses on families led by one person, so I was particularly interested in seeing what the voices of young people growing up in a single parent household, or who are single parents themselves, stressed as most important.  There are some clear messages about what we need to consider for single parent families.

Top of the list of the most important things mentioned by children and young people is their parents or caregivers having enough money for basic stuff like food, clothes and a good house to live in.

Children and young people growing up in single-parent households experience poverty at a rate nearly four times higher than two-parent families.  Given a third of New Zealand children would have grown up in a single parent household at some stage in their life, it is essential we address this poverty gap and make sure families do have enough money for the basic stuff.

Our young people feel the stress and pressure on their parents, which impacts on their well-being.  The report mentions children and young people had “a strong emphasis on supports for parents, especially from children and young people living in sole parent families. They talked about the stress and pressures their parents were under. They talked about how they wanted parents to be able to be the best parents they could be and how sometimes that meant needing services like counselling or addiction support, or support to make better choices.”

I felt particularly heartened by the conclusion focusing on family and whanau, which states:

The research also heard perspectives from young people who are parents.  Here are a few examples of the distressing stories that were heard about how some young mums are treated.

“One young mum told us about how she is not eligible for the Young Parent Payment because she is 15 years old and the payment is only for 16-19 year olds. She is a sole parent, committed to completing her schooling as well as providing for her baby. Her aunty receives a payment for having them in her care, which she then passes on – but there is no requirement for her aunty to do this. The system does not recognise this young mum. “

“One young mum told us that when she was giving birth to her child a social worker was already waiting at the hospital. Afterwards she had to prove that she would be able to care for her child. Right after giving birth, she felt as though she was being watched and scrutinised, rather than supported.”

We believe children have a “birth-right” to the same opportunities regardless of their family circumstances. It is time we listened to the voices of our children and young people and addressed the inequities they are facing.

For the full report produced by Office of the Children’s Commission and Oranga Tamariki can be found following this link.

Megan Thomas is Interim CE, Birthright New Zealand. Birthright have been working with families led by one person for more than 60 years, supporting families to succeed on their own terms.