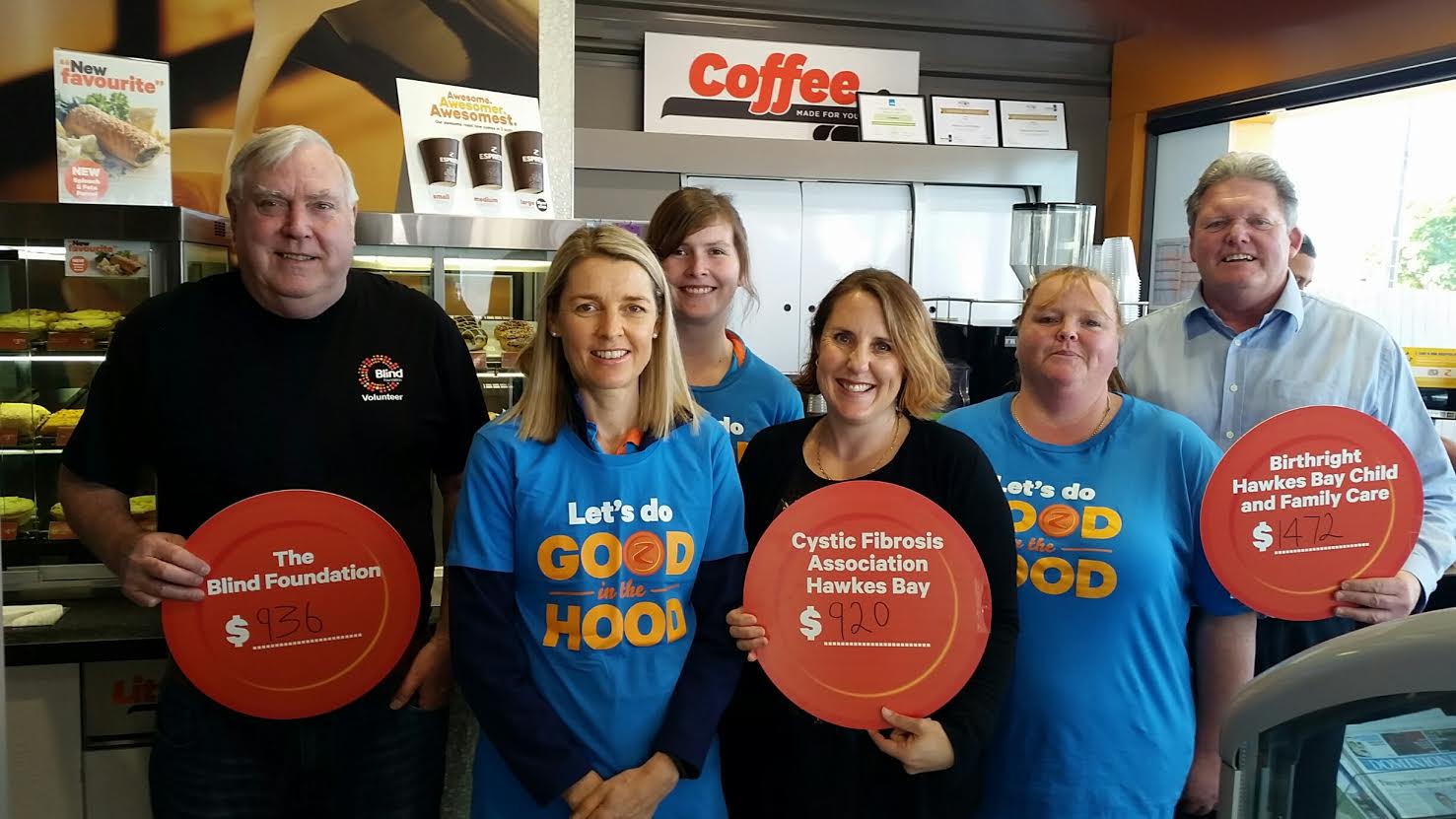 During the month of May, Birthright Hawke’s Bay Child & Family Care participated in a fundraising activity sponsored by Z service stations throughout New Zealand called 'Good in the Hood'.

Good in the Hood supports groups that help people who need it, are active in their neighbourhoods, and have a reason or specific project or need.

Over the past four years, Z stations have given back more than four million dollars to New Zealand communities.

This year Birthright Hawke’s Bay Child & Family Care was fortunate enough to be selected by two Z stations in Hawke’s Bay – Z Taradale and Z Havelock North – and the amount of money they received was decided by the percentage of Z customers who cast their tokens into the Birthright Hawke's Bay box.

2016 is the 60th year that Birthright Hawke’s Bay Child & Family Care has been helping children and families in Hawke’s Bay and Chief Executive, Trevor Adsett, says it is fantastic to have the support from organisations like Z to help Birthright help others in the neighbourhood.

“What I particularly like about 'Good in the Hood' is that each station has $4000 to give away to four charities – so it didn’t matter if you were in the biggest or smallest Z station in New Zealand – there was still $4000 to divide up amongst four charities. Then it was up to each charity to create their own publicity and communicate to their supporters to visit the Z station and vote for them.

"We are a not-for-profit charity organisation that supports children and families who are experiencing difficulties and troubles, so every bit of support is gratefully received.

"For example, we sponsored a troubled child to attend a boxing gymnasium for a month, which was worth $60 in fees, while we helped him with anger issues. We also helped a family to replace their windows, which were smashed by a vandal and the family could not afford to pay for the repairs. In return, we enrolled the parents into a budgeting course so they could learn about the importance of saving for emergencies.

"We are absolutely delighted to receive the cheque for $1492 from the customers who visited the Taradale and Havelock North Z stations and would like to thank all those people who voted for Birthright Hawke's Bay. We would also like to say a big thank you to Z for giving us the opportunity to do more Good in the Hood."