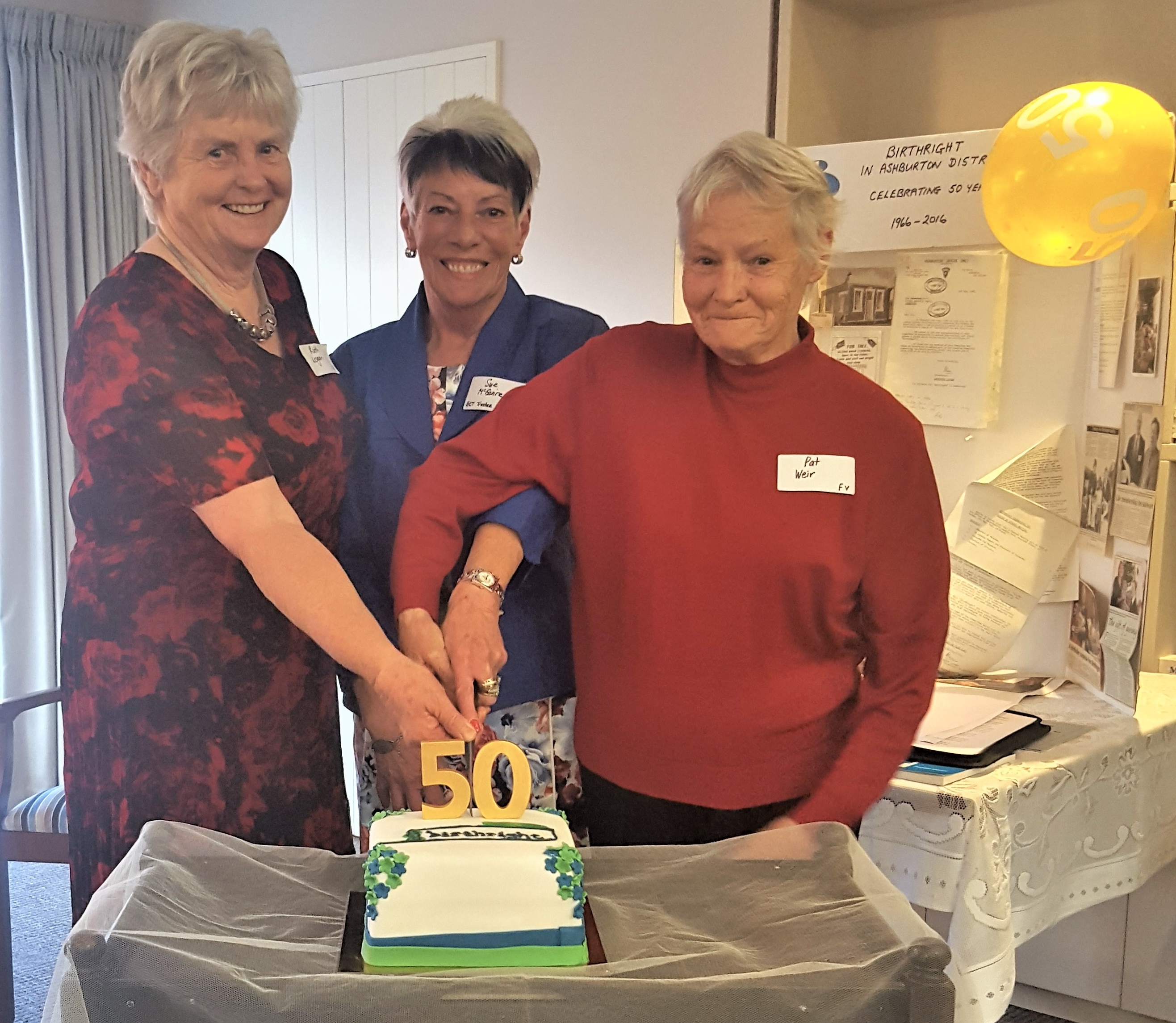 Birthright celebrated 50 years of helping one parent families in Ashburton with plenty of cake and local support in November.

The fledgling branch began back in June 1966 when Ashburton Jaycees called a public meeting with the aim of establishing a branch in the district to provide advice, guidance and assistance to one-parent families.

Birthright soon established itself with a client base of 22 families. Today, Birthright supports 92 families with 169 children in Ashburton.

Congratulatory messages received from many supporters who were unable to attend the celebration in person included:

“I think it’s wonderful this fantastic organisation is still running, especially for those families who need Birthright’s help. May it continue for another 50 years.”

“Congratulations on reaching this milestone occasion, and thanks for all the great work Birthright does for the parents of Ashburton and mid-Canterbury.”

In 2016, Birthright Ashburton celebrated another milestone when it merged with the Christchurch branch to form the Birthright Canterbury Trust. The new trust board has four members from Christchurch and four from Ashburton, with an office in each location.

Birthright relies on volunteers to make a difference in the lives of families run by one person.